THE DRAFT LAW ON PUBLIC PROCUREMENT 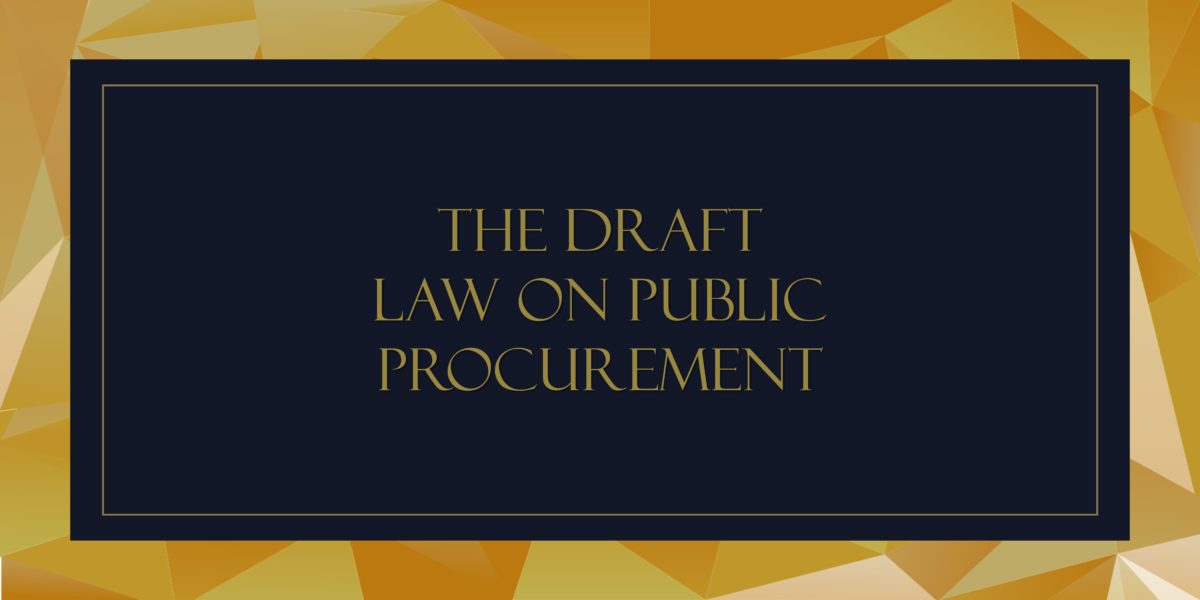 After 3 months of the public debate on the Draft of the new Law on Public Procurement, a new, revised draft Law was presented to the public at the end of January this year. The basis for the adoption of the Draft Law is the full harmonization of domestic regulations with European legislation. Similarly, some provisions are more closely defined and unclear ones are clarified in order to increase transparency, increase flexibility and competitiveness in public procurement procedures. Also, the provisions of the Draft promote and encourage the environmental and social aspects of public procurement, encouraging a significant participation of small and medium-sized enterprises in the process. It remains to be seen whether through the parliamentary procedure the Law will suffer additional changes and which will eventually be their scope.

The link below contains the consolidated text of the Draft Law published after the conducted public hearing procedure, as well as all remarks on the previous draft, with a table of adopted and rejected suggestions: https://www.neobilten.com/objavljen-nacrt-zakona-o-javnim-nabavkama/?lang=lat