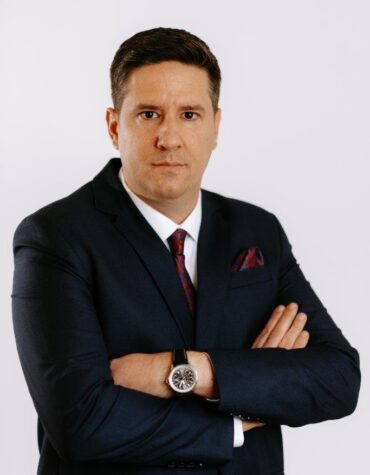 Dino Jusufovic is one of the leading lawyers in commercial litigation, arbitration, bankruptcy and reorganization proceedings, enforcement of debts, judgments and arbitral awards rendered abroad, mediation and other forms of alternative dispute resolution (ADR). During his career, Dino Jusufović was a partner, and co-head of the Dispute resolution department of a leading commercial law firm in Serbia and he was recognized by the independent legal directories as one of the leading lawyers for dispute resolution in Serbia. Dino was arbitrator in the Permanent Elected Court (Arbitration) at the Chamber of Commerce and Industry of Serbia and he has participated in establishing of Belgrade arbitration center. He advised some of the largest international and domestic corporations, states and state-owned companies and represented their interests before the state courts, authorities, and institutional / ad hoc arbitrations.

In the sector of financial services he advised and represented several most prominent international banks in proceedings regarding reimbursement of illegally obtained funds and major debts collection. Additionally, he advised and represented a significant number of domestic leasing companies and leasing companies from European Union in numerous court proceedings regarding the termination of lease agreements, debt collection, damage compensation, and determination of ownership title over the equipment.

In the insurance sector he advised one of the world’s largest insurance companies regarding the potential claim for damage compensation.

In the sector of international trade and retail, as well as from the chemical sector and industrials (both manufacturing and infrastructure) he advised and represented significant number of companies from European Union in complex proceedings regarding major debts collection, unfair competition, contractual interpretation, warranty issues and damage compensation.

In the construction, real estate and mining sector he advised and represented domestic and foreign companies in proceedings regarding the damage compensation, breach of the contract, warranty issues, termination of privatization contracts, complex bankruptcy procedures.

He advised and represented states and state agencies, regarding complex bankruptcy proceedings and major debts collection.